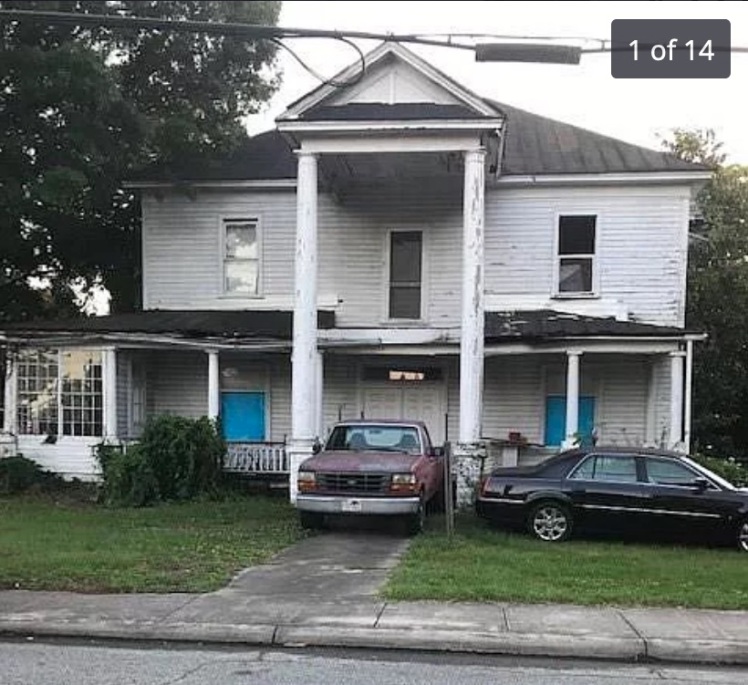 102 N. Main Street in Reidsville was once a grand house, but in a matter of weeks, it will be turned into a pile of rubble. The city started implementing a demolition order on the house this week. The move follows more than a year of inspections, hearings and efforts to get the owner to do something about the place.

Built in 1910, the house has six bedrooms, three bathrooms and just under 4,000 square feet. The current owner bought in 1991 for $46,000. The demolition ordinance, passed a year ago this week, says it is “dilapidated and unfit for human habitation and constitutes a public health, safety and fire hazard.” The owner received extensions of 90 days and 120 days. Apparently, all he did was try to sell the house for about a month earlier this summer (“Great fixer upper. Make an offer.”). Even at just $28,000, there were no takers. The city has filed papers with the state for asbestos removal; once the removal process is complete, likely in a couple weeks, the house will be torn down.

The house is no longer in a particularly viable location from a residential perspective. It faces one side of the city hall across the street. Only a few of the neighborhood’s original houses remain among the parking lots, commercial buildings and many vacant lots nearby. Still, the house appears to have been used for non-residential purposes before — there’s a brick sign in the front yard, and photos with the real estate listing appeared to show pews and a pulpit in one room. With repairs it could have been given a new purpose, preserving a piece of Reidsville’s history with a sustainable future. But that would have required an investment that the current owner appeared unwilling to make (he showed up at the hearing on the city’s complaint in July 2018 but presented no evidence, and it appears he subsequently made no effort to repair the house).

Homes like this one, and historic structures of all kinds, face a variety of threats. Changing land uses often make the original use of old buildings difficult or unsustainable today. But the biggest threat often comes from owners who have no regard for the value that historic properties offer both the owners themselves and the community.