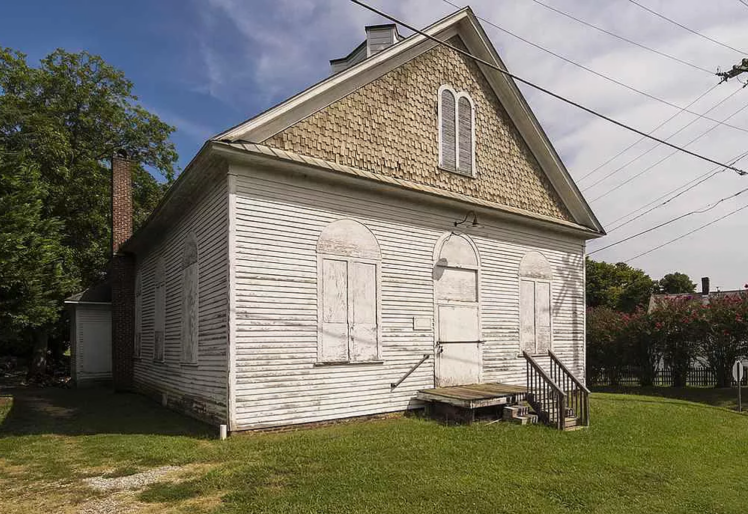 More recently, the building was to be the home of an antiques and auction business, but it’s not clear whether the shop ever opened there. 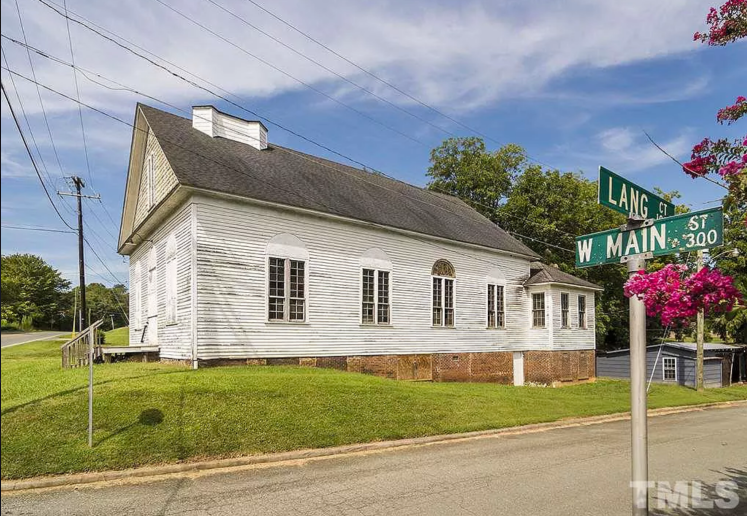 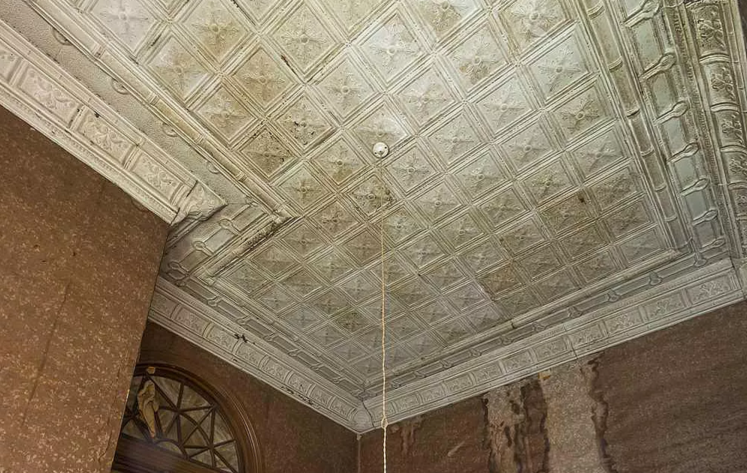 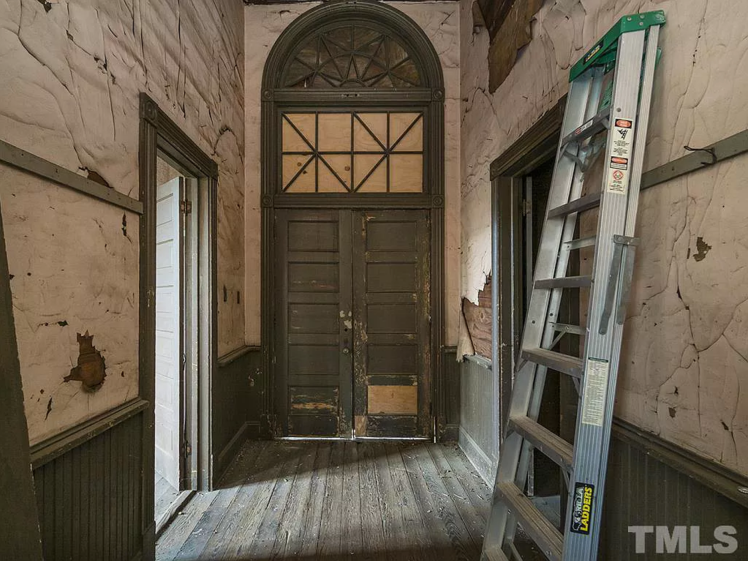 The address is 401 W. Main Street. Inside, there’s what looks to be some relatively new framing, but otherwise it’s 3,000 square feet of all but blank canvas. Great windows, high ceilings, open floor plan — it could be a very interesting home. With some work. “Needs electric/heat/cooling/connection to water & sewer,” the listing says. “Public water/sewer as well as electric and gas available.”

The Methodist church is still up the hill behind the chapel. A cemetery lies between them. The chapel is across Main Street from some railroad tracks. In the aerial view below it has a blue square. 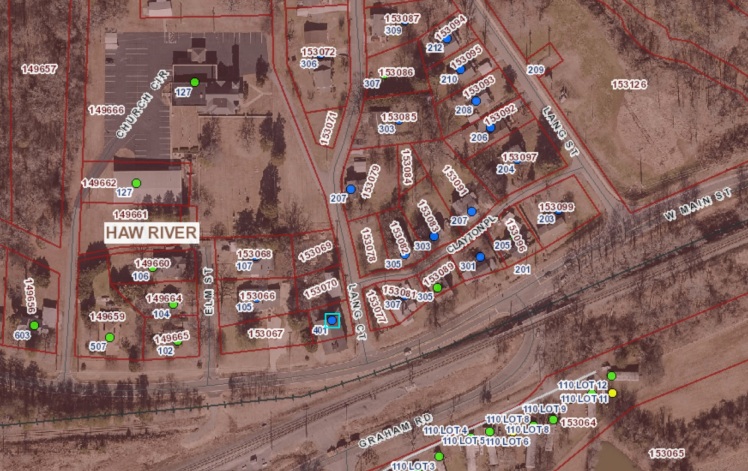