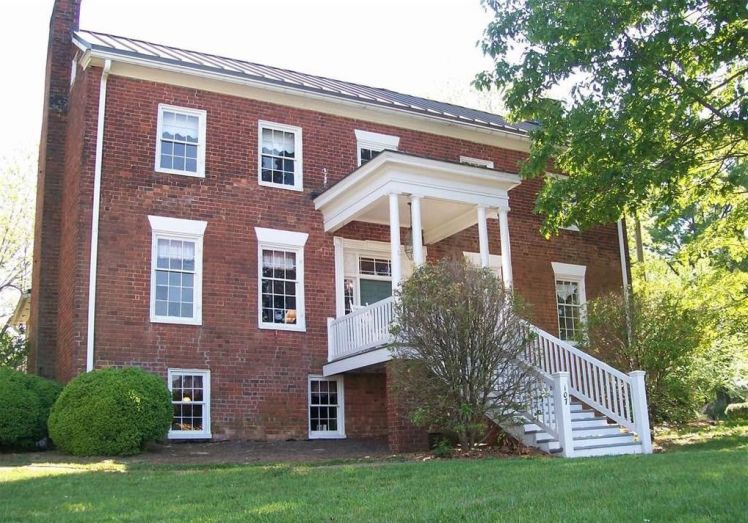 Calling the Twitchell-Gallaway House a “mansion” may not completely do it justice. It has the pedigree of an antebellum mansion, but it’s smaller and less formal than a true, sprawling exemplar of the type. It’s more comfortable, affordable and comes with a lot less overhead.

Located at 107 W. Academy Street in Madison, the house has 3,465 square feet and a 0.4-acre lot, both figures quite at the low end of the mansion scale. At the current price of $259,900, that comes out to $75 per square foot, modest even by the standards of the Piedmont’s smaller towns. Surprisingly, it has been for sale for a year and a half.

The house is a highlight of the National Register’s Academy Street Historic District. The district’s nomination classes it as a “pivotal” structure: “Buildings or properties that are individually outstanding, historically and/or architecturally, and stand as a visual or historic landmark in the community.”

From the outside, it’s an imposing home, an austere structure in the Federal style sitting on a rise above the road. “The oldest house in the district, the 1824 Twitchell-Gallaway House in the Federal-Greek Revival style, constitutes on the exterior the only representative in the district of the Federal style; at the entrance and throughout the interior is some of Madison’s finest detailing in the Greek Revival style,” the district’s nomination states. (Note: Other sources give 1832 as the date of the house.)

“This dwelling, commissioned by town founder Randall Duke Scales for his daughter Elizabeth upon her marriage to Joseph Twitchell, commands a prominent site at the crest of the Academy Street hill. The house is the only nineteenth-century brick structure in the district and one of only two such structures in all of Madison …”

Giving the house further historic stature is woodwork is attributed to the legendary Thomas Day (although the 1980 National Register nomination for the district doesn’t mention him). “In contrast to the exterior, Greek Revival is the sole distinguishing style of the interior,” the nomination says. “Molding with deep channels and corner blocks inscribed with circles embellish all of the doors and windows. The molding of the surrounds is most plastic in the west parlor where they also are decorated with carved anthemion motifs; these motifs also appear on the mantelpiece and in panels beneath the windows in the parlor. Elsewhere the molding of the surrounds is shallower and the mantles simpler in design, except for the delicate east parlor mantlepiece with Ionic columns.”

The house has four bedrooms and two baths. The rooms aren’t remarkably large. The dining room easily holds a table for 10, and the bedrooms are roomy. But everything about the house is on a pretty normal scale, with one exception. The doorway from the dining room to the kitchen appears to have been designed for hobbits. It’s about six feet high at best. The kitchen and a breakfast nook are in a modest 1995 addition at the back of the house.

The most striking room in the house may be the basement. Originally the dining room and kitchen, it now serves as a family room. With exposed floor joists above and a brick floor, it’s a particularly informal, comfortable room. It opens out to a patio. The basement also has a full bathroom and a semi-enclosed bar area.

Madison is a small town (population 2,246 in the last census) in western Rockingham County. U.S. highways 220 and 311 run through it, making the town about 30 minutes by car from downtown Greensboro and about 40 to downtown Winston-Salem. It’s a reasonable commute if you’re looking for the quiet of a small town and home with real historic stature at a relatively affordable price. 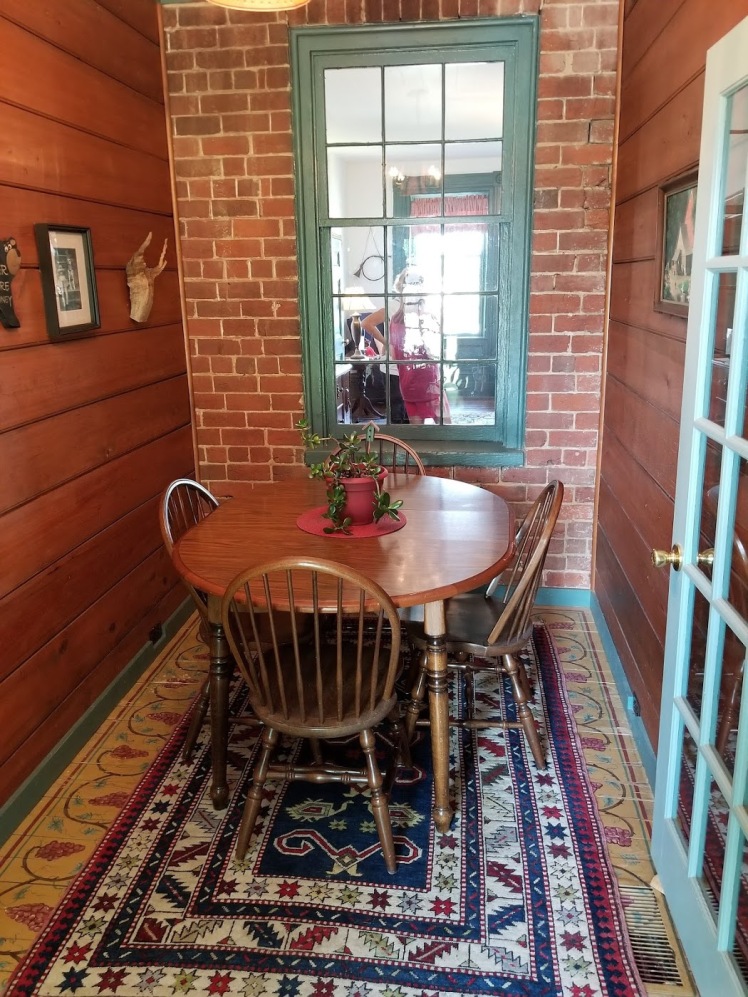 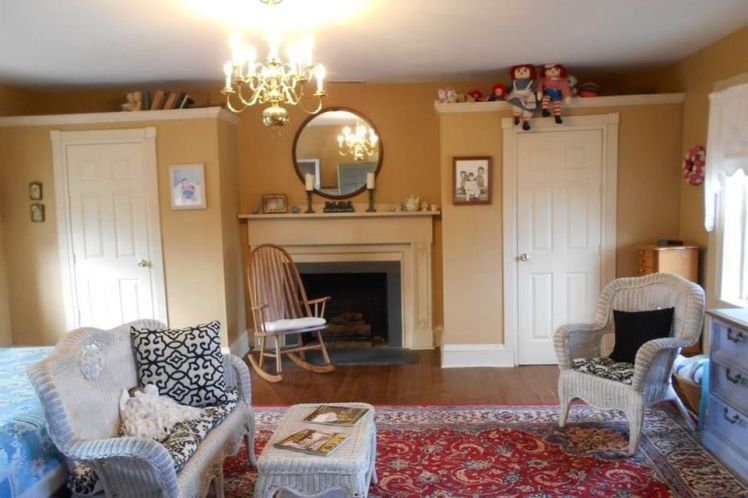 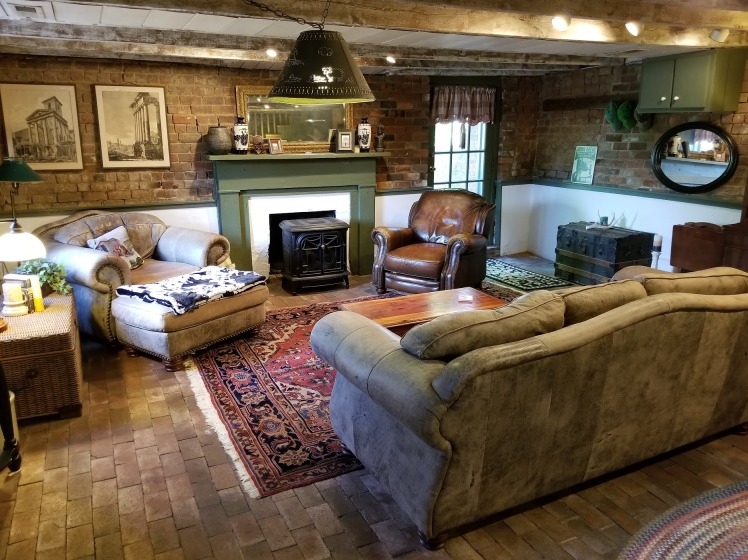 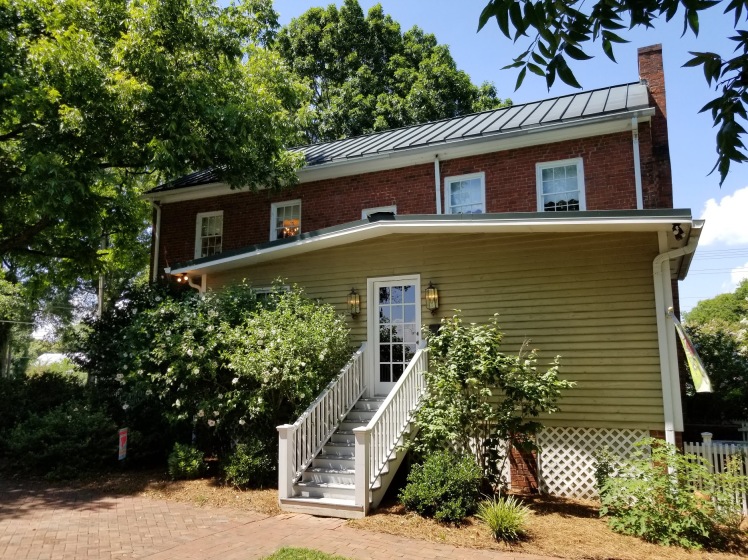 A guide to the most historic, notable and distinctive current real estate listings for 18th-, 19th- and early- to mid-20th-century homes in North Carolina's Piedmont Triad region.